After the hard emotional labor of tearing down the closet door, the quest for enlightenment can begin on a deeper level. For gay people life after the closet can gain more meaning by walking on the path of enlightenment, which involves developing a relationship with the unconscious. Gay people have an advantage as far as enlightenment is concerned. Most gay people grow up feeling "different," and that differentness helps to not identify with the collective. As Eckhart Tolle, the author of The Power of Now, suggested, "...realization that you are different from others may force you to disidentify from socially conditioned patterns of thought and behavior. This will automatically raise your level of consciousness above that of the unconscious majority, whose members unquestioningly take on board all inherited patterns. In that respect, being gay can be a help. Being an outsider to some extent, someone who does not fit in with others or is rejected by them for whatever reason, makes life difficult, but it also places you at advantage as far as enlightenment is concerned." 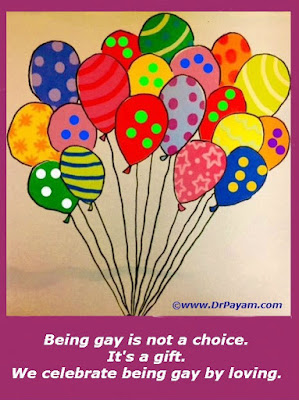 
Depth psychology, which deals with making the unconscious conscious, offers valuable tools which can be useful on the path to enlightenment. In this article, I will share my knowledge and experience regarding encounters with the unconscious. Working with your unconscious is a powerful approach toward self-realization. Within our unconscious resides creative potential and answers to many of our life’s mysteries. Carl Jung, Swiss psychoanalyst, talked about unconscious as "the unknown in the inner world." This unknown place wants to reveal itself by "speaking to us in language of symbols." Images from the unconscious can manifest in our dreams, which provide windows to our unconscious. By analyzing our dream images, we can learn about the content of our unconscious. As one of Jalal-ud-Din Rumi's (1207-1273 A.D.) poems, translated by Coleman Barks, describes,


"Many wonders are manifest in sleep: in sleep the heart becomes a window. One that is awake and dreams beautiful dreams, he is the knower of God. Receive the dust of his eyes."


The unconscious can also be accessed by bringing hidden images into consciousness. Working with these images psychologically can offer us valuable information about our psyche. For gay people who are seeking deeper understanding and connection to their gay essence, these images can be a doorway to powerful inner realizations about gayness. Furthermore, images from the unconscious can provide consciousness about internalized homophobia, which is the shame that gay and lesbian people were forced to experience growing up in anti-gay societies and homophobic families. Having a psyche contaminated by internalized homophobia can cause self-hatred, which can result in self-destructive behaviors. Working through internalized homophobia can protect gays and lesbians from reenacting their homophobic childhood.


Many gay men grow up in families in which their artistic interests were shamed, and they were forced to play sports to fulfill traditional male gender roles. As a result, their relationship to their imagination was severed. Encouraging gay men to participate in creative activities, which involve working psychologically with their imagination, can help them to redeem their creative world. The following is one of the exercises I have used with myself and others to evoke images from the unconscious and work with the imagination. This exercise has helped me and others to start the process of accessing unconscious materials around being gay. It is important to have the support of others during this process. According to Robert Johnson, the author of Inner Work, "Be sure that there is someone available for you to go or call in case you become overwhelmed by the imagination and can't cut it off." A counselor who has training in depth psychology, or the psychology of the unconscious, can be a helpful guide in this process.


"Close your eyes and picture an image or symbol that symbolizes being gay for you." This is how I start the exercise. Do not worry if the symbol seems strange or does not have anything to do with being gay as you understand (intellectually) what being gay should be. Just let go of trying to control your imagination and let it offer you whatever it wants surrounding the topic. It's okay to have more than one image. Images come from your unconscious, and they do not lie or judge. "I am seeing a green jungle," said one of the participants in this exercise." “I am seeing a scared lonely boy," said another participant. "I can see rainbow," someone else said.


I encourage maintaining an ongoing dialogue with the image that you discovered in relation to your gayness. Sometimes your image can evolve and give birth to new images. This dialoguing with your image is what Carl Jung described as active imagination. During this process, you can use pen and paper to record your dialogue with your image. By setting time aside and dialoguing with your image, you are developing a relationship with it. Also, you need to discover and understand feelings associated with your image. For example, if your psyche offered you an image of a lonely sad child as a symbol of gayness, you need to hear the little boy's story and find out what happened to him. He is your gay inner child, and he wants so desperately to tell you what he went through growing up in a heterosexist world in which his existence was denied. Try to understand his feelings and have empathy towards him. This way, you are less possessed by the effect of his sadness on your life and more in a position of helping him heal. Working psychologically with his painful feelings can transform those feelings and give birth to new feelings. Your inner child's healing can add vitality and meaning to your life. Many people, including gays and lesbians who are possessed by certain contents of their unconscious, do not understand why they feel and do things that they do. Only by conscious dialogue with different parts of yourself and understanding of your emotions can you come to new realizations around your feelings and actions. These new realizations are similar to the work of alchemists who were trying to make gold, or, in our case, consciousness.


Another person who participated in this exercise reported an image of a green jungle in relation to his gayness. Llewellyn Vaughan-Lee, who writes and lectures about Sufism, has mentioned in many of his books green as the color of growth, becoming, and the realization of God. Green also is the color of Khidr, who is the archetype of the Sufi guide. In his book, The Call & The Echo, Vaughan-Lee stated, "Khidr, the Green Man, is an important Sufi figure who represents the direct revelation of Divine Truth." Divine revelation around our sexuality and gay identity happens to many of us by just becoming aware that we are different; that we love differently.


The image of the green jungle as a vision or association with gayness can symbolize the mysterious and unknown process of coming out. Coming out for many gays and lesbians feels like entering a lonely green jungle with no external support or guide. Our only guide is our longing for love and understanding. The flame of our passion for same-sex connection, like a burning torch, brings light to our journey. As a gay man who started exploring the green forest of his gayness many years ago, I recall that my only guide was my longing to find my soul figure. Despite all ugly things I was told about homosexuality, including the shame I was being made to feel for wanting to come out and family rejection around my gay identity, I kept venturing into this unknown forest. I was told that gay people will burn in hell, and yet I knew I had already experienced hell when I was in the closet, murdering my homoerotic feelings. Coming out, which has been essential part of my journey of self-realization, starts with a response to a call from within. This call is unique to gay and lesbian individuals. For me, this calling initially manifested as certain feelings of longing that I would experience in the presence of handsome men (my soul figures). The calling reminds me of one of Rumi's poems, translated by Coleman Barks:


"You have been a prisoner of a little pond. I am the ocean with turbulent flood. Come merge with me..."


In this poem, being prisoner of a little pond can serve as a metaphor of being stuck in the closet. There is an intense calling to dive into the ocean. The ocean is a metaphor for the unconscious in which homoerotic feelings reside and need to be made conscious. Understanding these homoerotic feelings as a longing for a union with the Beloved has helped me to honor them as part of my journey of self-realization. By diving into the ocean of my unconscious, I have been doing the inner work of redeeming the pearl of my gay essence.


Those of us who have survived despite ongoing homophobic assaults need to take this journey to a different level and discover the gift of our gayness. By going to the underground of our unconscious, we can discover the gift of our gayness and offer that gift to our troubled planet. Again, you need to find a guide or consult with someone who is trained in depth psychology before undertaking this work. As Rumi writes:


"O seeker without the shadow of a pir (teacher) the clamor of the beast will torment you."


Hafiz also emphasizes the need for a guide in the following poem:


"Do not take a step on the path of love without a guide. I have tried it one hundred times and failed."


After you have dialogued with your image and experienced its feeling, you need to bring your image to life. What can you do to give it a physical reality? You can write about your image, draw it, paint it, sculpt it, find sand and form the image in a sand tray (sand-tray therapy), or use dance and body movement to keep it alive. You can even make it into a musical note. Giving your image a physical form will help to make it a conscious part of you. Images carry their own energy and ‘feeling tone’ that can affect your life. Having a conscious relationship with your images and bringing them to life can liberate you from their possession and control. It is important not to manipulate the process of working with your unconscious for the sake of your ego gratification. This work should be done with great deal of humility in order to avoid inflation. Hopefully, by doing this work, we can, as Carl Jung states, "kindle a light in the darkness of mere being."


As you go through your day-to-day activities, pay attention to external situations that might shed some light on your understanding of your image. A synchronistic event can link your image to an outer event. For example, the person who was working with the image of a lonely sad child reported later coming across books and articles that helped him to understand this image. Finally, by cultivating an ongoing relationship with your unconscious by understanding your dreams and images, you can promote psychic wholeness. Your imagination can be the arena in which dialogue between your conscious and unconscious takes place. This dialogue can reduce the conflict between the conscious and unconscious and create a partnership between them. 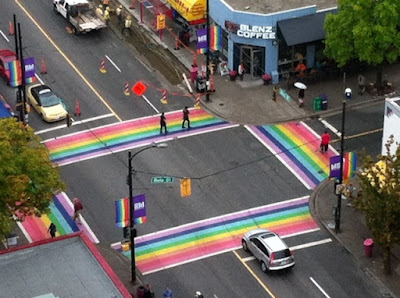