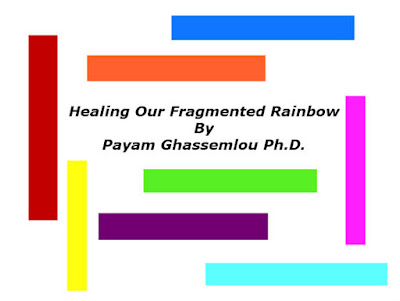 As a gay man who understands the importance of a supportive community, it saddens me to realize how disconnected gay men are becoming from each other. The essence of gayness is love. We come out to love freely, and yet many of us who broke free from living a closeted life and moved to gay neighborhoods such as WEHO, Castro, or Chelsea are not finding a nurturing connection under the rainbow flag. It is even worse for many gay men of color who often feel marginalized within the community. The experience of being a minority within a minority places them at higher risk for discrimination. When as a community we don’t strive toward building a safer and more welcoming environment, it fragments the rainbow of our unity.

Many gay men that I have the privilege of listening to reported feeling humiliated by how they were rejected by other gay men. For example, a number of gay men who are relying on apps such as Grindr, Scruff, or Tinder reported the rejection takes on a more brutal level on those apps. The shame they experience is often a result of being negatively judged about their looks, age or ethnicity. Such shaming experiences make these men build walls and avoid connection. It is not uncommon for these men to experience depression, suicidal ideations. and health related problems that not only stem from feeling estranged from the gay community, but also growing up with homophobic mistreatment.

For many of us, growing up gay was painful due to homophobia. Schools felt like a scary place for those of us who were scapegoated as queer. As a community, we have been very successful in addressing the trauma of growing up gay. Raising awareness about the issue has helped many people become concerned about the mistreatment of not only LGBTQ kids but also any youngsters who do not flow with the mainstream. In addition to raising awareness, we have done a great deal of activism to fight discrimination against LGBTQ people. However, I believe we can do a better job with embracing diversity and creating solidarity among our community members.

As human beings we are not meant to live an isolated life. The need for connection through community involvement is healthy and necessary. When such a need does not get fulfilled, it can lead to emotional pain. This pain coupled with a lack of connection to a supportive community becomes a recipe for addictions. Working in the gay community, I have learned the rate of addiction is higher among gay men who experience a sense of isolation or exclusion. I also have noticed gay men’s disconnection from one another leads to feelings of emptiness and apathy. Such painful emotional experiences might also cause them to engage in thrill seeking activities like risky sex or dangerous sports.

Gay men who tend to blame their loneliness on how they look can spend a great deal of money on cosmetic surgery and other unnecessary procedures. When it comes to finding a friend or boyfriend, showing love and kindness provides a better result. As a community, learning to know ourselves and working through the emotional injuries that were inflicted on many of us while growing up can add vitality to our struggle for equal rights and protect us from reenacting our lonely childhood experiences. For some of us being bullied and rejected were the norm. Since what is familiar tends to get repeated, many of us are at a higher risk for unconsciously reenacting our painful past. Just like the rainbow that needs sunshine and rain to be complete, we need to access our inner light to make our wounds conscious and wash them away with healing tears that come from sharing and having regard for our traumas. External changes such as marriage equality or the repeal of the Don’t Ask Don’t Tell policy alone cannot heal us from the homophobic mistreatment and rejection we received growing up.

When I started practicing psychotherapy in the gay community over twenty years ago, we did not have hook up or dating apps. Since then, I have noticed a dramatic shift in not only how gay men relate to each other but also people in general. We are given tools of technology without the consciousness of knowing how to use them in service of embracing oneness. This is a missed opportunity, and one of the reasons why so many gay men feel disconnected from each other. The disconnection also comes from turning these apps to a hunting ground. As human beings our ancestors were hunters. Having sexual desire without the participation of our higher self to facilitate such fulfilment can create such a hunting environment. This intense quest for hooking up not only happens on apps but also at bars and clubs. Gay men need to stop hunting each other and start loving each other. This issue of objectifying one another on hook up sites is not just limited to gay men. Humanity in general is creating a mess out of the tools of technology.

Some gay men who attempt to meet others on apps or in person wear a persona that can become a barrier toward building a real and healthy connection. Often such a persona involves rejection of the anima (Jung's term for the feminine part of a man's personality) and oppressing it with a fake “straight acting” masculinity. Many gay men who as children were made to feel ashamed for being in touch with their feminine side are more vulnerable in relying on such persona. They put pressure on themselves to act extra masculine at the expense of being affectionate and emotionally present. Without healthy integration of our masculinity and femininity finding true love can be challenging. The feminine side of love desires a nurturing relationship, and the masculine part helps to find and protect it. This lack of partnership between the feminine and masculine side is not just limited to some gay men. Many heterosexual men who were raised to deny their feminine side also having difficulty with maintaining intimate connections.

Rejection by other gay people can hurt more than the rejection by homophobic politicians and institutions. Not having a welcoming community can make the coming out process very painful for those of us who need validation and support during it. Given the negative health consequences of experiencing alienation, there is a high price to pay for not embracing a more inclusive and welcoming gay community. Our community leaders should bring more attention to the need for building a more nurturing environment. As gay people, we are naturally creative and industrious. We are often a small percentage of any population and yet our societal contribution is enormous. I take a great deal of pride knowing not only gays, but also our courageous lesbians, transgenders, bisexuals, and other queer members of our community have always stood up for causes that make this world a better place. In such a short time, we achieved a great deal of civil rights, faster than any other oppressed groups in this country. Triumphs like taking care of our dying people during the AIDS crisis when the Reagan administration turned its back on us and how far we have come in our struggle for equal rights are truly a reflection of how courageous we are. Given the fact that we know how to make changes quickly and effectively, it is time we put more effort into our own backyard and take a better care of each other. Somewhere over the rainbow as Rumi puts it, “beyond the ideas of wrongdoing and right doing there is a field” where we can connect through love. Somewhere over the rainbow, as a community, we can make authentic connections. We can be more empathic toward each other’s pain of loneliness, and we can embrace our true gay essence. © Payam Ghassemlou MFT Ph.D. is a writer and a licensed Marriage and Family Therapist (Psychotherapist) in private practice in West Hollywood, California. www.DrPayam.Com